Are you the in the mood to rock and roll?  Over the years, The Moody Blues has not stopped bringing in the rock and roll vibe.  This year, they’ll be on the road to celebrate the 45th Anniversary of the momentous release of the album “Days Of Future Passed”.  This album is indeed a career milestone for a band who has help shape the future of progressive and psychedelic rock.  The Moody Blues will be peforming two nights at the Westbury Music Fair in New York, on the 24th and 25th of November 2012. 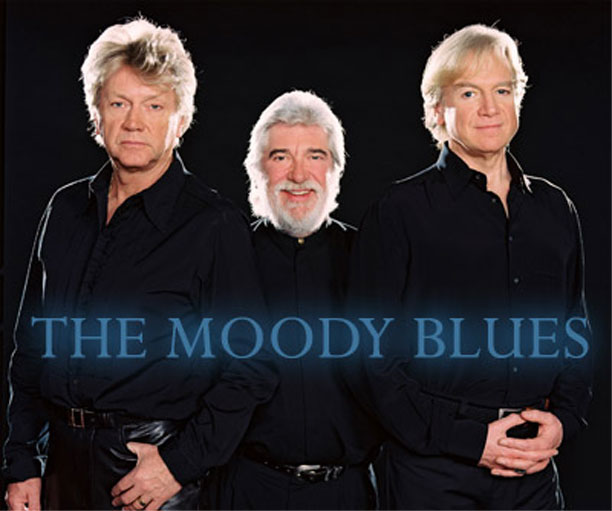 The recent Johnny Depp blockbuster featured the song “Nights In White Satin” in one of its most riveting scenes.  A whole new present generation fell  in love with it!  The Moody Blues are doing it again;  this song’s history of chart re-entries is repeating itself.  The Moody Blues’ “Nights In White Satin” was released as a single in 1967, from the album “Days Of Future Passed”.  When it was re-issued in 1972, it hit number 9 on the UK singles chart; then made it again to number 14 in 1979.

The Moody Blues were known for their brave music innovations, especially that of creating a fusion of rock and classical music, which they pioneered way back in 1967 in the album “Days Of Future Passed”.   Selling 70 million albums worldwide and receiving 14 platinum and gold discs, is quite an astounding feat for a band who has been actively rocking for over 45 years.

The Moody Blues has proven that their music is indeed timeless. This concert is a treat for every music lover, of every generation.  Get your tickets now!