Let all the generations come together for a one magical night of music presented by the young and unbelievably talented operatic pop trio, the IL VOLO. This incomparable event will be happening at the Westbury Music Fair in  New York on Tuesday the 17th of September 2013 at 8:00 PM. 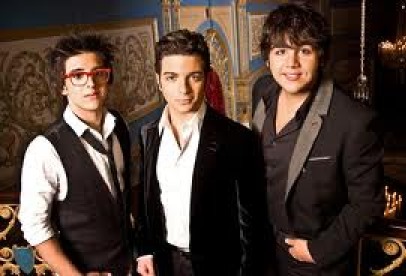 The group was formed in 2009 during a competition in an Italian musical variety show called Ti Lascio Una Canzone (Leaving You A Song). Tenors Piero Barone and Ignazio Boschetto, and baritone Gianluca Ginoble were chosen to perform, as trio, the Neapolitan classic “O Sole Mio”. From then on, they carry on performing as a group under the name Il Volo which means The Flight. In 2010, their debut self-titled album was released and peaked at no. 6 on the Italian Albums Chart. Apart from debuting on the Billboard 100 chart at number 10, the album also topped the Austrian Albums chart, US Billboard Classical Albums chart and US Billboard Latin Pop Albums Chart. The album absolutely showcased their spectacular vocal framework within the songs “O Sole Mio”, Charlie Chaplain’s “Smile”, Diane Warren’s “La Luna Hizo Esto” and “Painfully Beautiful”. Another two goosebumps-inducing albums followed, “We Are Love” with a fresh Italian take on Aerosmith’s “I Don’t Want to Miss A Thing” in 2012 and “Mas Que Amor” in 2013.

This could be the most romantic night of your life. Gather everyone in the family and go ahead take this lovely flight with Il Volo. Get your tickets now. Don’t. Put. It. Off.