Some boys groove to hip-hop, while men croon with soul and RnB. You don't have to pick sides if you can have the best of both worlds. Well, nobody does it better than Boyz II Men. That's right, considered one of the most commercially successful R&B group of all time, are bound to make sweet loving music once more as they hop on the concert tour bus once more. Are you psyched up to welcome them with loving arms? Be ready because Boyz II Men are making their way to this side of town to bring their heart-stirring showmanship at the NYCB Theatre at Westbury on Friday 6th March 2020. This is a red-hot event meant to be enjoyed with a hot date or the warmth of friends, family, and loved ones. This is a sizzling ticket that everyone is out to grab. Hurry, book your tickets now! 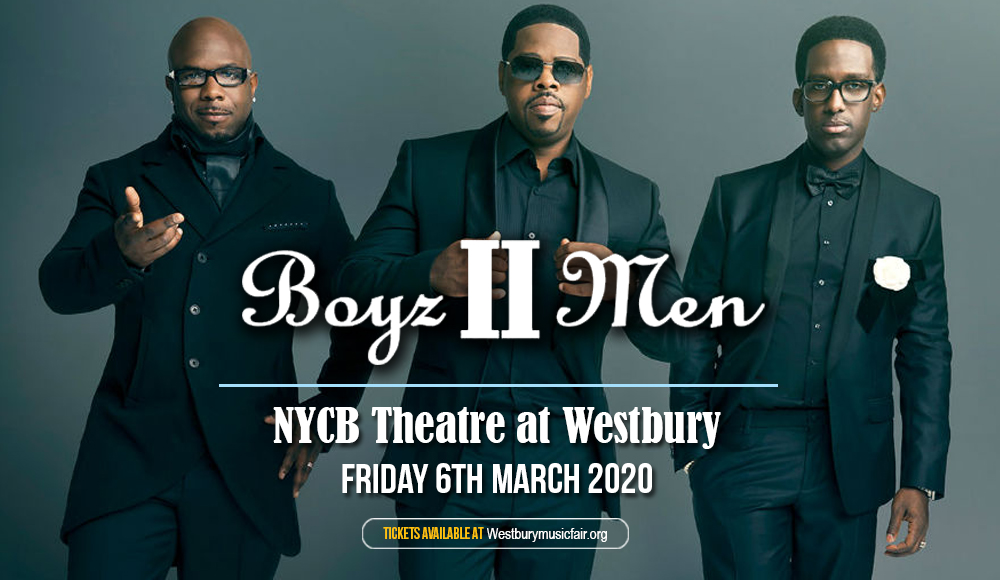 Say a cappella and R&B, you can bet your sweet life that you'd be automatically humming to "I'll Make Love To You" in no time! Boyz II Men is indeed one of the best-selling and highly recognizable RnB groups of all time. During the 1990s, "It's So Hard to Say Goodbye to Yesterday" in 1991, followed by the number one single "End of the Road" in 1992, spiraled at the top of the charts worldwide, with the latter setting a new record for longevity, staying at number one on the Billboard Hot 100 for thirteen weeks, breaking the decades-old record held by Elvis Presley. And not too long afterwards, Boyz II Men broke their won record with the subsequent releases of "I'll Make Love to You" and "One Sweet Day" (with Mariah Carey), which, at fourteen and sixteen weeks respectively, each set new records for the total number of weeks at number one. Well lightning does strike, in the case of Boyz II Men, thrice. The single "On Bended Knee" took the number one spot away from "I'll Make Love to You", making Boyz II Men only the third artist ever (after The Beatles and Presley) to replace themselves at the top of the Billboard Hot 100.

This amazing career run put Boyz II Men among music industry's elite roster with regard to time spent at number one in Billboard history with 50 cumulative weeks, ranking fourth behind Presley, The Beatles, and Carey. And with this, they also took home four Grammy wins which include Best R&B Performance by a Duo or Group with Vocals for the album Cooleyhighharmony. These stellar achievements also merited them a star on the Hollywood Walk of Fame.

Truly a must-see concert of a lifetime! Get those tickets now!