Imagine a world where you can have a White Christmas and a Blue Christmas, ruled over by two kings? Well, that only happens and can be experienced at the Elvis Tribute Artist Spectacular Holiday Concert at NYCB Theatre at Westbury on Saturday 4th December 2021. Two of the most spectacular Elvis tribute artists will be at the helm of this Christmas holiday concert that highlights songs from Elvis Presley's Christmas albums as well as the King's timeless rock and roll favorites. Feel the love and the joyous spirit of the holiday season with your friends, family, and loved ones. Have this priceless bonding moment as you all enjoy traditional holiday tunes and get giddy over Elvis Presley's most memorable hits. Tickets are now available. Just click on that 'Get Tickets' sign right here, right now! 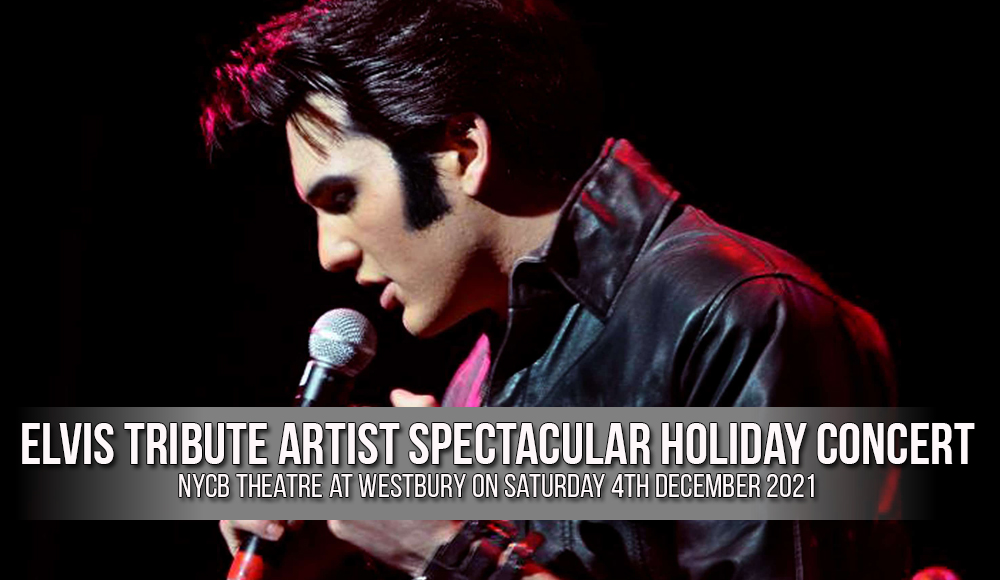 Elvis Presley ruled over the pop and rock n' roll scene, yet also engraved his trademark smooth and cool vocal swagger on Christmas holiday tunes. "Elvis' Christmas Album" (also reissued as "It's Christmas Time") is the third studio album and first Christmas album of Elvis Presley. Released in 1957, the album spent four weeks at No. 1 on the Billboard Top Pop Albums chart. Fourteen years later, Elvis would release Elvis Sings the Wonderful World of Christmas, released in 1971. Selling over 20 million copies worldwide, it remains the world's best-selling Christmas album and one of the best-selling albums of all time.

The Elvis Tribute Artist Spectacular Holiday Concert gives a time-honored tribute to Elvis' magic touch on holiday tunes like "White Christmas", "Here Comes Santa Claus", "I'll Be Home for Christmas", "Blue Christmas", "O Little Town of Bethlehem", "Silent Night", among others. These everlasting greats will be performed by Elvis tribute artists Shawn Klush and Cody Ray Slaughter, along with The Blackwood Quartet, The Fabulous Ambassadors, and the Nashville Dreams. And of course, when Elvis is in the building, the concert stage will shake and spin with certified Elvis rock n' roll ditties.

Make your Christmas a spectacular moment to remember. Book your tickets now!