Rock and Roll band Dashboard Confessional will be bringing their Unplugged Tour to NYCB Theatre at Westbury on Saturday, September 25th, 2021. Be ready to be swept away by the heavy rock atmosphere that will be brought to you by the band and their awesome line-up! Dashboard Confessional will be rocking the stage alongside various artists in different locations. They will be joined by This Wild Life at their NYCB Theatre sell out concert. Experience spine-chilling rock music like you have never experienced before. Don't miss out on one of the most-awaited tours this 2021! Seats are selling out, book your tickets now! 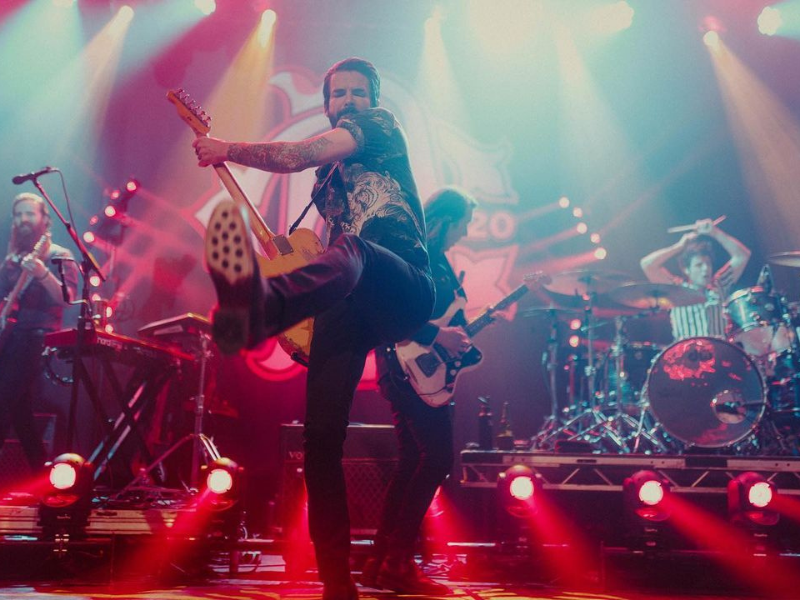 Dashboard Confessional Unplugged Tour will be filled with the most recognized performers in the rock-and-roll music scene. They will receive support from a handful of different artists during the trek: This Wild Life will open September 8th through October 2nd; Into It Over With will open October 4th through the 17th; Seahaven will open October 20th through the 31st. Armon Jay will perform a solo set as well throughout the entire tour.

The tour will launch on September 8th and will wrap up on November 5th. Dashboard Confessional frontman Chris Carrabba will be playing alongside a stripped-down backing band that also includes longtime guitarist Armon Jay, as well as Abby Kelly and Dane Poppin.

The Unplugged Tour is the band's first major string of acts since the Covid-19 pandemic disrupted last year’s 20th-anniversary performances. The tour is also a celebration of the band's frontman Chris Carraba following his accident last 2020.

“The 20th anniversary is worth celebrating, even belatedly, but now we are all celebrating the return of all the things we love and have been forced to miss for so long,” Carrabba says. “It will feel good to celebrate that together,” he added.

With the mix of various musical influences and performers, heavy-rock fans will experience the power of music in full volume as it's coming off the stage, jumping while surrounded by thousands of die-hard rock fans. The tour will be nothing less than spectacular!