What can you say to a band who has great songs, a great history, and a reputation for grand performance? Nothing but a gigantic YES! This is not just a blast from the past. YES is coming for an absolutely knockout performance of not only their greatest hits, but to play their 1980 album 'Drama' and sides one and four of their 1973 double-LP 'Tales From Topographic Oceans' in its entirety, plus a slew of their best-loved hits. How can you say no to show that would definitely go down the annals of rock music history? Yes, this is a hot ticket! Yes go on your way now; hurry and book those tickets now! 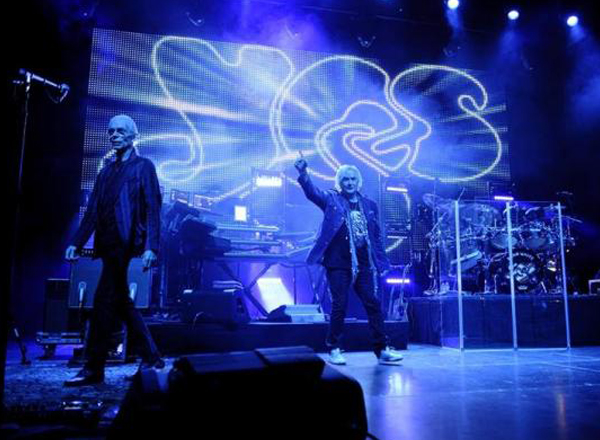 In 1968, London, England, bassist Chris Squire and singer Jon Anderson formed a band they christened as 'Yes'. Their music is loosely described as progressive rock / symphonic rock/ art rock, and are uniquely distinguished for their mystical and cosmic lyrics, live stage sets, and lengthy compositions, often with complex instrumental and vocal arrangements. Yes' has a string of mega successes behind them, including nine out of 21 albums reaching the top ten in the US and UK charts, with two albums peaking at number one in the UK. Collectively they have sold over 13.5 million albums. But still, they are not resting on their laurels. Their 2016 summer tour boasts of an extensive set that will see them peform their 80s albums 'Drama' and sides one and four of their 1973 double-LP Tales From Topographic Oceans, in its entirety, plus their unforgettable anthemic hits like: "Love Will Find a Way," "Leave It," "Don't Kill the Whale," "Going for the One," "Wondrous Stories," "Owner of a Lonely Heart," "Lift Me Up," "Make It Easy," and "The Calling."