Psychic to the stars, Tyler Henry comes to NYCB Theatre at Westbury on Wednesday 6th June 2018! The star of Hollywood Medium with Tyler Henry will be showcasing his clairvoyant skills in this exciting and touching live tour, helping audience members connect with loved ones who have “crossed over”! 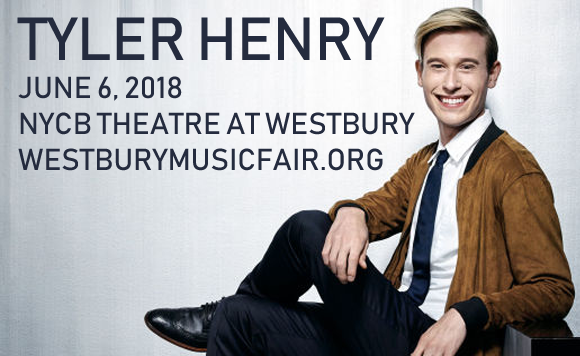 Clairvoyant medium Tyler Henry  is an American reality show personality who appears in the series Hollywood Medium with Tyler Henry. Aware of his psychic abilities from a young age, Henry was “discovered” as a teenager, which led to him developing celebrity clientele. Henry appeared on Keeping Up with the Kardashians in November 2015, and his own reality television show premiered on E! two months later. Hollywood Medium with Tyler Henry has been renewed for a second season, and he released his memoir, Between Two Worlds, in 2016.