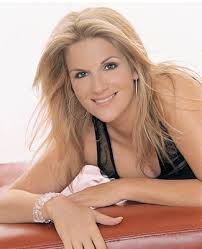 Recently, Trisha may be known for her recent cookbook 'Georgia Cooking in an Oklahoma Kitchen', but we all know that her love for music wouldn't keep her away for long! That's right… Trisha Yearwood is coming to The NYCB Theatre at Westbury this March!

Trisha Yearwood is back on stage with her strong and confident, unmissable ballads. Since hitting the spotlight for the first time at 27 years of age, in 1991, Trisha has proved her talents are beyond all expectancies. She was an actress in the nineties drama series 'JAG' which lasted four seasons and in 2008, Trisha became an author. Despite this, her true love is still with music. In just over a decade, Trisha Yearwood has become a name to remember for country music. She has had nine number one hits and has sold in excess of 12.5 million albums over the globe! Trisha became a member of 'The Grand Ole Opry' (known as 'country's most famous stage') in March 1999 and is described as a woman who 'brings an abundance of passion, integrity and talent into everything she does'. The star was also inducted into the Georgia Music Hall of Fame in 2000 and has won a whole range of awards, including 3 Grammy Awards, 2 Academy of Country Music Awards and 3 Country Music Association Awards!

The country beauty is only in town for one night… get your tickets to save disappointment!