Legendary guitarist, producer and music industry icon Todd Rundgren comes to NYCB Theatre at Westbury on Satuday 9th December 2017 for a night of mind-blowing, genre-bending music! Always bringing a lively energy to the stage, this diverse and revered music-maker never disappoints – get your tickets now! 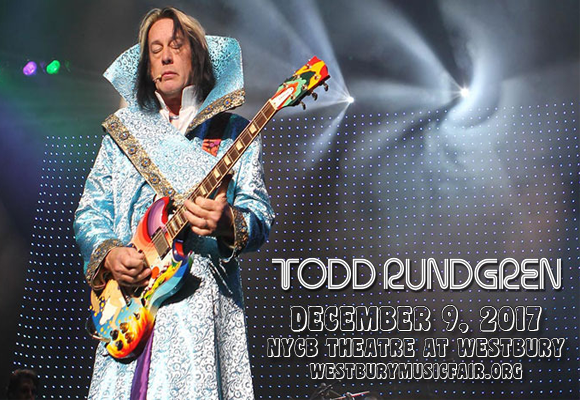