The Musical Box: A Genesis Extravaganza Vol II comes to NYCB Theatre at Westbury on Friday 3rd April 2020! Returning to NYCB, exceptionally talented Genesis tribute band The Musical Box will be performing songs from a widespread era in the band's history – from Trespass (1970) up to …And Then There Were Three… (1978)! The Music Box have performed large sell-out shows throughout Canada, South America, Europe and the USA, and are seen by many fans as the closest one can get to the original feel of a Genesis show – a must for any fan of Gabriel and co! 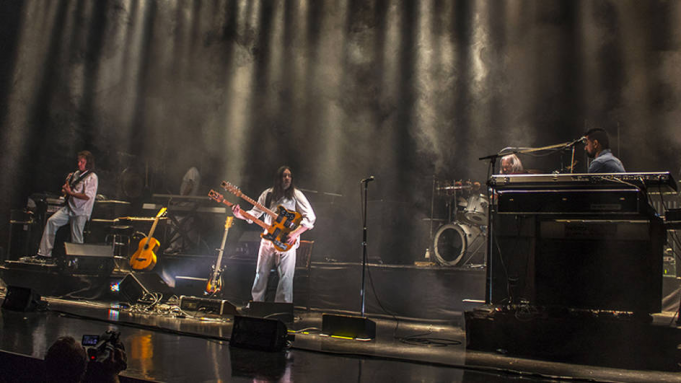 One of the world's most impressive and lovingly accurate Genesis tribute bands, and the only band endorsed by the group's original members, The Musical Box formed in 1993 in Montreal, Quebec. The French-Canadian group covers Genesis' performances from their Peter Gabriel-led 1970s period and have been praised by critics and fans alike for their painstaking attention to detail and ability to emulate and invoke the spirit of the British progressive rock band.