The Midtown Men are coming to NYCB Theatre at Westbury on Friday 19th June 2015! The four talented performers from the original Broadway's 2009 hit, Jersey Boys, are now touring as The Midtown Men. The LIVE show celebrates the music of the 1960s, including; THE BEACH BOYS, THE BEATLES, MOTOWN AND THE FOUR SEASONS! Line up; Academy award winners, Christian Hoff, Michael Longoria, Daniel Reichard and J. Robert Spencer. Catch them LIVE this summer! 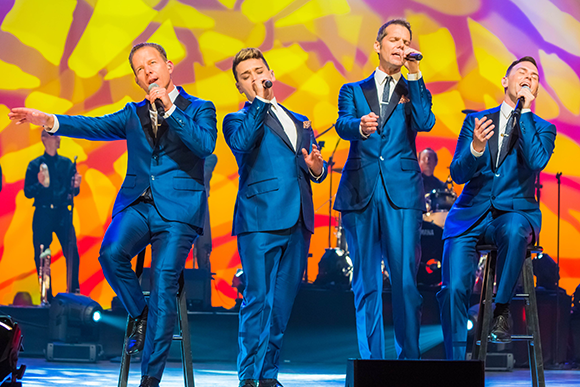 "Authenticity is the core of this musical brotherhood… the Midtown Men sound as crisp as their Rat Pack-inspired suits!" – NY Daily News

"… as good as popping Meet the Beatles on my turntable for the first time!" – Charles Alexander, Long Time Senior Editor, Time Magazine

“Sidling up to the microphone, the singers had the air of the Rat Pack, Motown and a nightclub act rolled into one”