Recognized as one of the greatest artists of the late 20th century, George Michael's music always created a buzz around the world as his albums, singles, and music videos were sure-fire hits. Yet George Michael also hit the headlines with his colorful and storied life. Let George Michael's music and life flash right before your very eyes in a concert-like musical production that will capture and relive his life and times through early music hits from Wham! and his illustrious solo career. The Life & Music of George Michael will be staged at the NYCB Theatre at Westbury on Wednesday 23rd February 2022. Now wake up and go-go get your tickets now! 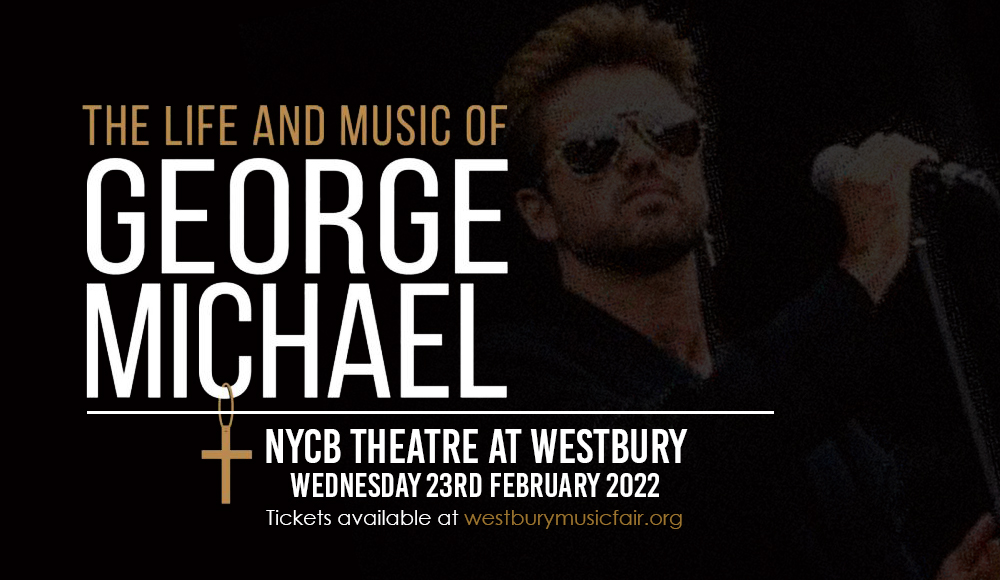 A theatrical-style concert is just the perfect way to chronicle the amazing music and life of international pop superstar George Michael. Entwined between the hits and the misses are moments where audiences can get a glimpse of the life of George Michael behind the spotlight where one can hear his true voice as he deals with triumphs and controversies surrounding his career, his relationships, gender acceptance, health issues, fame…

“This show is going to honor George Michael’s career and be a celebration for his fans,” says producer Ralph Schmidtke. “Over the years, George’s popularity has continued to grow and The Life and Music of George Michael will give fans a glimpse of his life and hear all the songs they have come to love.”

Fans would truly enjoy and be on their feet as the stage explodes with his smash hits including “Wake Me Up Before You Go-Go,” “Freedom,” “Faith,” “Careless Whisper,” “Father Figure,” and many many more!

George Michael is a music and pop culture icon and a creative force that has influenced artists in the areas of music production, songwriting, vocal performance, and visual presentation. He has sold over 115 million records worldwide, making him one of the best-selling music artists of all time. His career is decorated with numerous awards from the Grammys, Brit Awards, American Music Awards, Billboard Awards, and ranked among Billboard's list of the “Greatest Hot 100 Artists of All Time”.

You gotta have faith that you'll make it to the show. Start by clicking on that 'Get Tickets' to book your tickets now!