There's just no stopping The Go-Go's! Hailed as the most successful female rock band of all time, The Go-Go's groundbreaking career is still shaking the music scene to this day. Once again, they're going to hit the ground running with their stunning tour de force that would take them on the road with several stops in key cities all across the country, including their much-awaited gig at the NYC Theatre at Westbury on Tuesday 7th July 2020. With their effervescent showmanship, their ravishing appeal, fun-spirited girl-bonding vibe, The Go-Go's live will surely top everyone's list of must-watch concerts of 2020. Get on the fast track to book your tickets. Just click that 'get tickets' link on your screen for a fast, easy, and convenient way to save your seat. Get your tickets now! 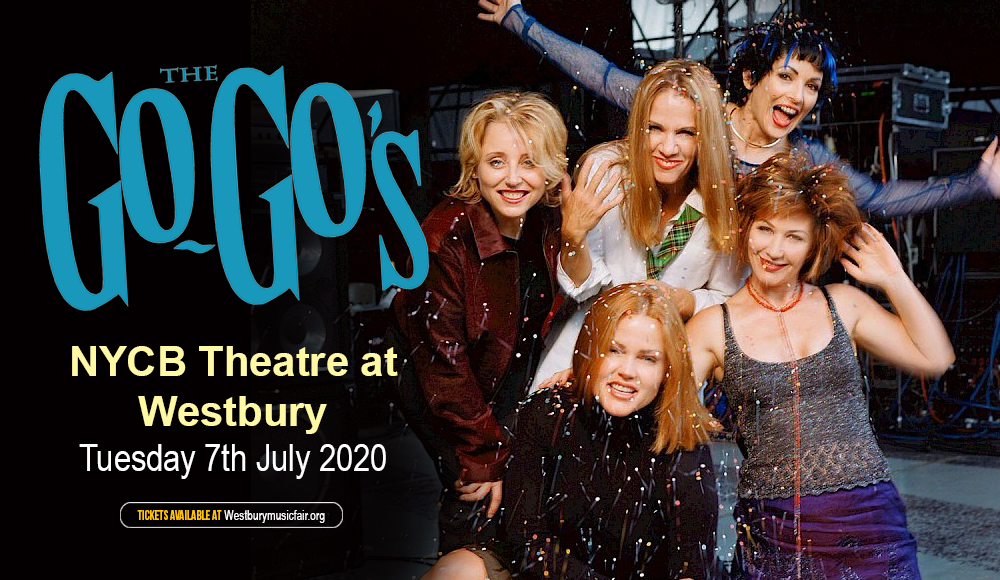 They've got the beat since the 80s, being the first, and to date only, all-female band that both wrote their own songs and played their own instruments to top the Billboard album charts. Gamechangers and trailblazers then, The Go-Go's are still one of the most esteemed and dominant forces, in female rock music.

The Go-Go’s possess a stellar legacy of hits like “Our Lips Are Sealed,” “We Got The Beat,” “Vacation,” “Head Over Heels”, to name a few… And yet, resting on their laurels for good, though they can actually afford to, has never been an option.

“There was always that unmistakable energy we have when we’re together,” says Carlisle. “Being back on stage together,” Wiedlin adds, “made us realize that we still had music in us that hadn’t come out yet.” Writing new material was also a way of keeping things interesting. “We couldn’t just trot out the same songs over and over, forever,” Valentine says.

Since 1981, their music has created a significant dent. Their 1981 debut album, "Beauty and the Beat', is considered by All Music as one of the "cornerstone albums of US new wave". The album held on to the top of the charts for a whopping six weeks, selling over 2 million copies and went double platinum, making it one of the most successful debut albums of all time.

No time to stop. If you want to rock out with The Go-Go's, you gotta go and click that 'get tickets' link on your screen right now!