The Final 40th Anniversary Saturday Night Fever Concert comes to NYCB Theatre at Westbury on Saturday 30th December 2017! Celebrating the music of the classic film, this groovy tribute concert features three artists who featured on the original album – The Trammps (‘Disco Inferno’), Yvonne Elliman (‘If I Can’t Have You’) and Tavares (‘More Than A Woman’), as well as many more disco legends! 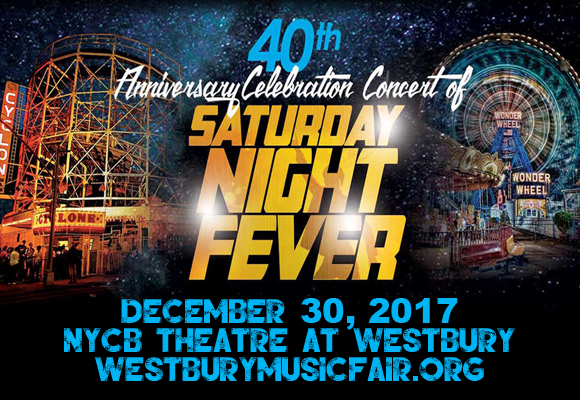 Four decades ago, a young John Travolta first disco-danced his way across cinema screens, igniting the world’s love of disco, and of the Bee Gees. The soundtrack to the movie contained iconic hits including ‘Night Fever’, ‘Stayin’ Alive’, and ‘How Deep is Your Love’, which remain dancefloor classics in nightclubs across the globe!