Are you ready for the Ultimate Beatles tribute…? The Fab Four are exactly that! Headed to NYCB Theatre at Westbury on Saturday 12th May, 2018, The Fab Four are the closest thing you’ll get to seeing the iconic Liverpudian band live! With their exquisite attention to detail, you’ll really believe you’re in the room with John, Paul, George and Ringo as they perform everyone’s favorite classic Beatles hits! 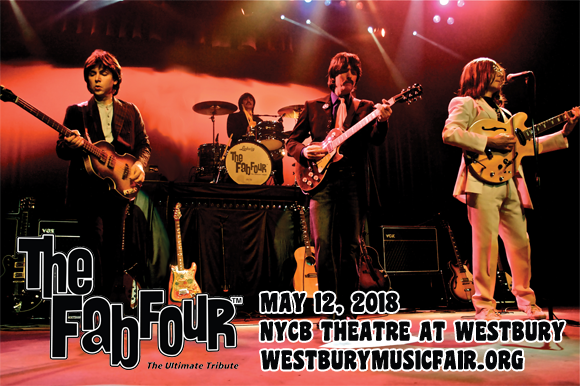 The Fab Four are an American tribute band that play the music of The Beatles. Formed in 1997, the band have performed all over the world and are known for their incredible attention to detail, recreating the look and sound of The Beatles in an authentic and uncanny way. The band has been featured on numerous television programs, including Entertainment Tonight, Good Morning America, Hallmark Channel, and Ellen DeGeneres’ Really Big Show.