It’s the time of year Elvis fans have been waiting for… The annual Elvis Tribute Artist Spectacular makes its way to NYCB Theatre at Westbury on Saturday 18th August, 2018! Featuring internationally acclaimed tribute artists Shawn Klush and Cody Ray Slaughter, the event will be a celebration of The King and his many famous hits over the years, so pop on those Blue Suede Shoes and get ready to boogie! 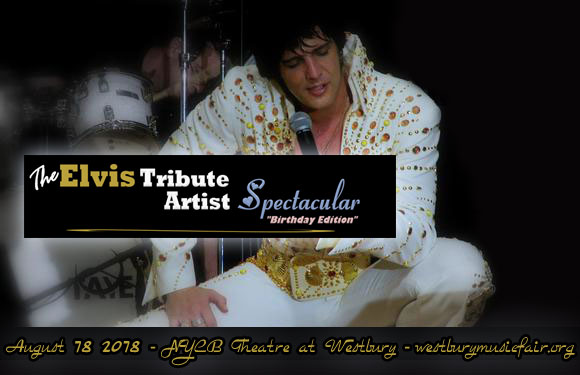 Known as ‘the closest to The King in concert’, Shawn Klush is a world-renowned Elvis tribute artist. Winner of both the “Worldwide Elvis Competition” and the grand champion award in the “World Elvis Tribute Artist Competition” in 2005, Klush was also awarded as World’s Greatest Elvis by the BBC in 2007, in a competition held in the United Kingdom. Klush also won Gibson Guitar’s ‘People’s Choice’ award as “Best Concert Elvis” in 2014.