Elvis fans can’t help falling in love with Shawn Klush, the “world’s most successful Elvis tribute artist of all time”! Catch him singing “Hound Dog”, “Blue Suede Shoes” and all your Elvis favorites at NYCB Theatre at Westbury on Friday 25th August 2017 – it’s gonna get you All Shook Up!!! 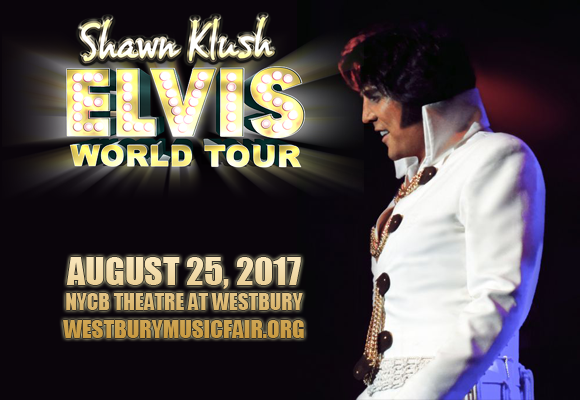 Professional Elvis impersonator Shawn Klush is often known as ‘the closest to The King in concert’. Winner of the “Worldwide Elvis Competition” in Montreal in 2005, he also won $25,000 and the grand champion award in the “World Elvis Tribute Artist Competition”. In 2007, the BBC awarded him as World’s Greatest Elvis, in a competition held in the United Kingdom and 2014 saw him win Gibson Guitar’s ‘People’s Choice’ award as “Best Concert Elvis”.