Heads up rock fans! On June 27, 2013 you are bound to experience an off the hook concert with the multi-platinum rock band, TESLA at the Westbury Music Fair in New York. These guys are going to give off infectious vivacity. So, loosen up and groove!  Show starts at 8:00 PM. 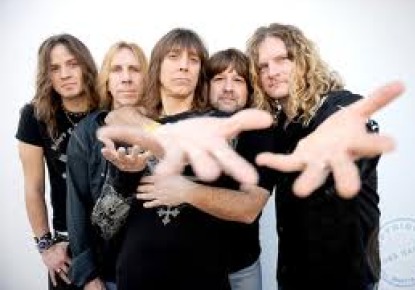 In 1984, the band known as City Kidd was formed in Sacramento. During the recording of their debut album “Mechanical Resonance in 1986, they boarded into another journey under a new name TESLA. The album reached the 32nd position on the Billboard 200 chart and it was certified platinum by the RIAA in 1989. The current line-up of the group includes the lead singer Jeff Keith, the guitarist and songwriter Frank Hannon, guitarists Dave Rude and Brian Wheat and the drummer Troy Luccketta. Because of their impeccable hard rock sound, the album “The Great Radio Controversy, Psychotic Super” swiftly became another platinum hit in 1991. It was followed by series of other albums including “Bust A Nut (1994), “Replugged Live” (2001) “Real to Reel” (2007) and “Tesla – Gold” (2008).   Among their finest singles are “Love Song”, “Heaven’s Trail (No Way Out), “The Way It Is”, Breakin’ Free” and “Into the Now”. Decades have passed, but it didn’t wane the band’s musical virtuosity. Their songs will surely get stuck in your for days and days.

Let the pounding rhythm drown your downbeat feelings. Tesla is one of the few bands who outlasted generations. They are a must-watch!