Terry Fator, ventriloquist, impressionist, comedian, and singer. Winner of America’s Got Talent and headliner at The Mirage hotel and casino in Las Vegas! comes to NYCB Theatre at Westbury on Friday 20th December 2019 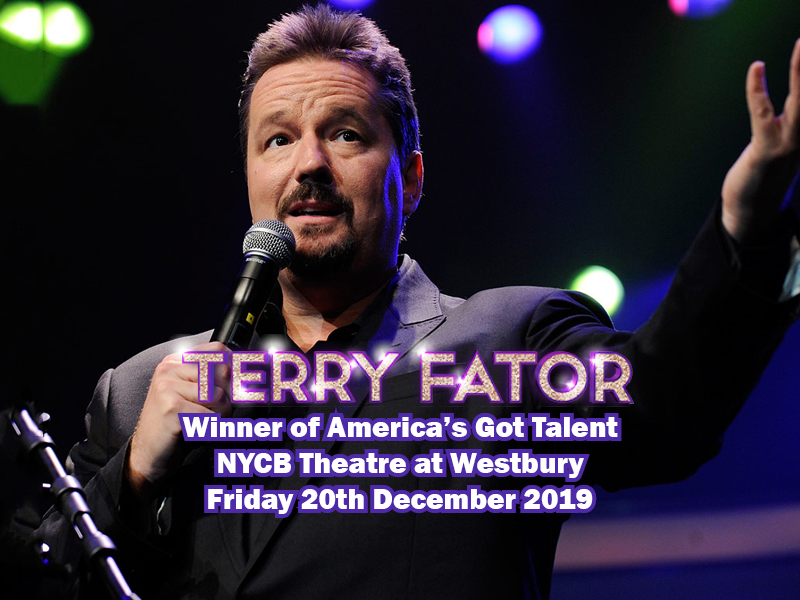 What would you do with you $1 million dollar prize money? Well Terry used it on puppets! And look how I it’s payed off for him, a $100 million dollar contract with The Mirage hotel and casino in Las Vegas! Supposedly one of the largest entertainment deals in Las Vegas history! Now that’s some talent! He has been a guest on The Oprah Winfrey Show, voiced a character on the Disney Channel and performed as a guest on America's Got Talent multiple times.

"There have been so few good, successful ventriloquists – Edgar Bergen in the 1940s and Paul Winchell in the 1960s were respected and successful. In the 1970s, I used to watch Willie Tyler and his Lester as well as Jay Johnson and Bob. But over the years, there have been so many bad ventriloquists – and most of them doing corny shows for children – that people began to think of us as a bad joke." – Terry Fator

“Terry and his puppets DID NOT disappoint! His show was a perfect mix of acts that got him started and newbies. His ability to bring each and every puppet alive to the point you can see and hear their individual personalities is AMAZING!! The music, the jokes, the ambiance made for such a wonderful night out.” – Terri Wilson
“From the moment we saw him we felt this was a perfect fit for the Mirage. For us it was a great fit because he appeals to people from ages 8 to 80.” – Franz Kallao, senior vice president of hospitality & hotel strategy, MGM Resorts Intl