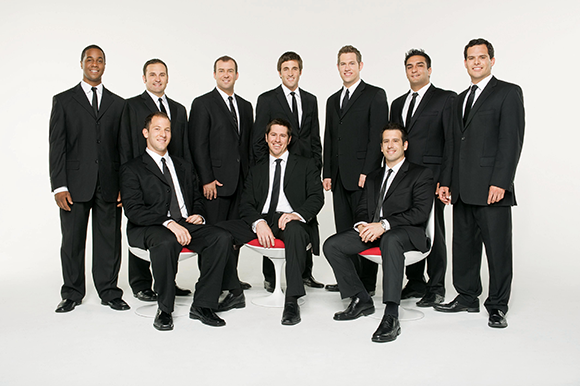 Straight No Chaser is the name of a professional a cappella group, which originated in 1996 at Indiana University. In 2006, a 1998 video of "The 12 Days of Christmas," gained widespread popularity and subsequently led to a five-album record deal with Atlantic Records in 2008. The YouTube video has been viewed over 17 million times.