The hardworking funnyman, Sinbad is coming to NYCB Theatre at Westbury to give fans an hilarious and feel good night out! Sinbad first came to fame in 1994 with his sitcom self titled show about a bachelor taking in two orphaned children. Since then he has become a much loved Comedian star through his very animated and very lovable down to earth style on stage.  Catch him LIVE with his many dedicated fans just for one date only on Friday 10th February 2017! 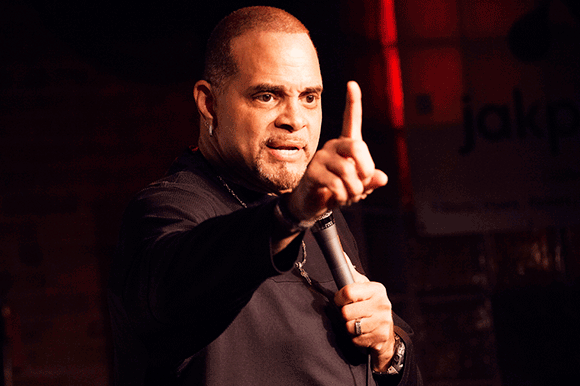 “Sinbad performs with an amount of excitement that makes him entertaining. Performance is all in the delivery, and when Sinbad looks like he’s having a good time on stage the crowd shares in that good time. He has a great flow through his set, and uses great body language and facial expressions. Sinbad also displays some great crowd work though out the show.”