Scrooge: The Musical comes to NYCB Theatre at Westbury on Sunday 15th December 2019! Adapted from Leslie Bricusse's fabulous 1970 musical film and brought the the stage for the first time in 1992, Scrooge: The Musical tells Charles Dickens' classic tale of greed and redemption with incredible song and dance, bringing A Christmas Carol to life! Join Ebenezer as he's visited by the ghosts of Christmas past, present and future, and is given a ghoulish insight into the man he is… 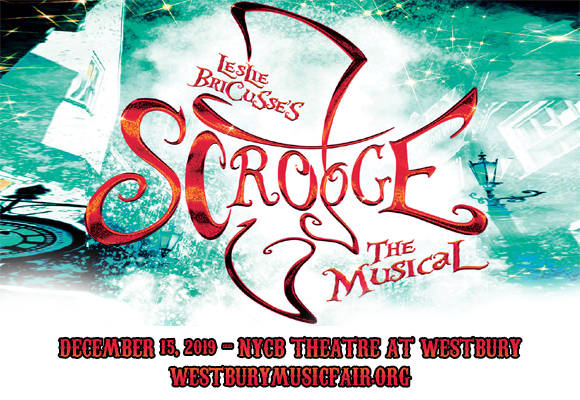 Closely adapted from the music and screenplay of the 1970 musical film Scrooge, starring Albert Finney, and based on the classic novel A Christmas Carol by Charles Dickens, Scrooge: the Musical is a 1992 stage musical with book, music and lyrics by Leslie Bricusse. Bricusse wrote the screenplay and song score for the film, receiving an Academy Award nomination for the song score, and went on to use many of the songs in the stage show. This unique and delightful production of the musical is presented by Plaza Theatrical Productions, "Long Island's Most Prolific Touring Theatre Company".