Prepare to hear your favorite songs as you’ve never heard them before, as Scott Bradlee’s Postmodern Jukebox heads to NYCB Theatre at Westbury on Thursday 2nd February 2017! This amazing band, chock full of incredible musicians, takes chart hits and puts a vintage spin on them, creating something utterly new and very exciting! Don’t miss your chance to see this phenomenal act live! 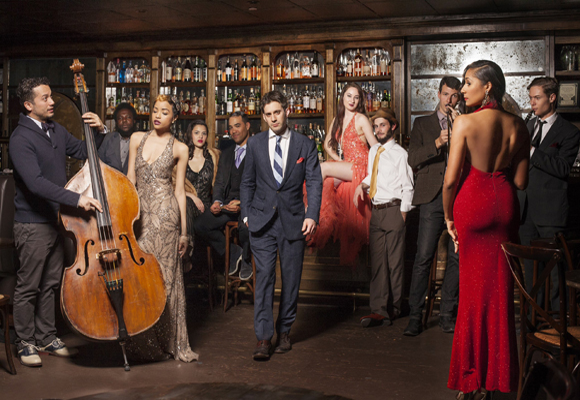 Scott Bradlee is a jazz musician and arranger who began shooting videos in his basement with some close musician friends, which gained attention on YouTube. 2009 saw Bradlee’s first viral hit – “a medley of ‘80s songs done ragtime style.” He followed with followed in 2011 with A Motown Tribute to Nickelback, but it was 2012’s cover of Macklemore & Ryan Lewis’, “Thrift Shop” with Robyn Adele Anderson that was Postmodern Jukebox’s first viral music video, hitting over 1 million views in its first week, and 4 million in its first year. The band’s debut release, Introducing Postmodern Jukebox (2013), eventually found its way to a #8 position on Billboard magazine’s Jazz Albums chart. The Postmodern Jukebox’s most recent album, Swing the Vote, was released early 2016.