Make no excuse to putting on those dancing shoes, the Saturday Night Disco Fever is on! Feel temperatures rise as the dance floor heats up with sizzling disco hits from an all-star line-up of disco superstars. Brian Rosenberg New York presents the 3rd annual "Saturday Night Disco Fever: Evelyn King, Thelma Houston, Alfa, Luci & Norma Jean Wright at NYCB Theatre at Westbury on Saturday 29th December 2018". Now is not the time to chill and be left out in the cold. You better move and groove before you miss the chance to get hold of the hottest ticket in town. 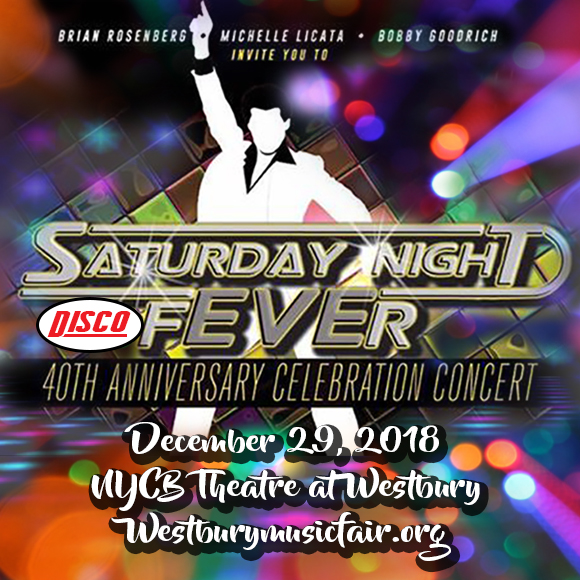 The Trammps say "That's Where The Happy People Go" — to "Disco Inferno". Alfa, Luci, & Norma Jean says it's where "Everybody Dance" and have "Good Times". While Peaches & Herb attests the fact that you can't help but “Shake Your Groove Thang”. Well, all these is what you'll experience at the "Saturday Night Disco Fever". Feel the disco vibe pulsating at fever pitch, with no less than a full round of performances from an all-star line-up of disco superstars, dishing out infectious dance ditties that dominated the disco era and beyond.

Performing Live On Stage at the the Saturday Night Disco Fever are nothing less than disco music royalty: Evelyn "Champagne" King (“Love Come Down”), Thelma Houston (“Don't Leave Me This Way”), Alfa, Luci, & Norma Jean – Formerly Of Chic (“Le Freak”), and many more; with music by That 70's Band Featuring Channel 80 DJ Jenny Costa, and hosted by CBS 101.1FM Brooklyn's Own Joe Causi.

When you put on those boogie shoes, make sure to take a one-step and score yourself a ticket and catch the disco fever while you can!