Award-winning comedian Russell Peters is back, and he’s circling the globe for a massive trek titled, Act Your Age Tour. The U.S. leg consists of eight major cities, including a much-awaited stop in Westbury, New York! On Thursday, 1st December 2022, Russell Peters will take over the NYCB Theatre at Westbury. Since this is Peter’s first tour in four years, fans can expect all-new material and fresh bits! Peters also shared that Act Your Age will have more mature content than his previous works. Get your tickets now and let this world-renowned comedian make you laugh your socks off at the NYCB Theatre at Westbury! 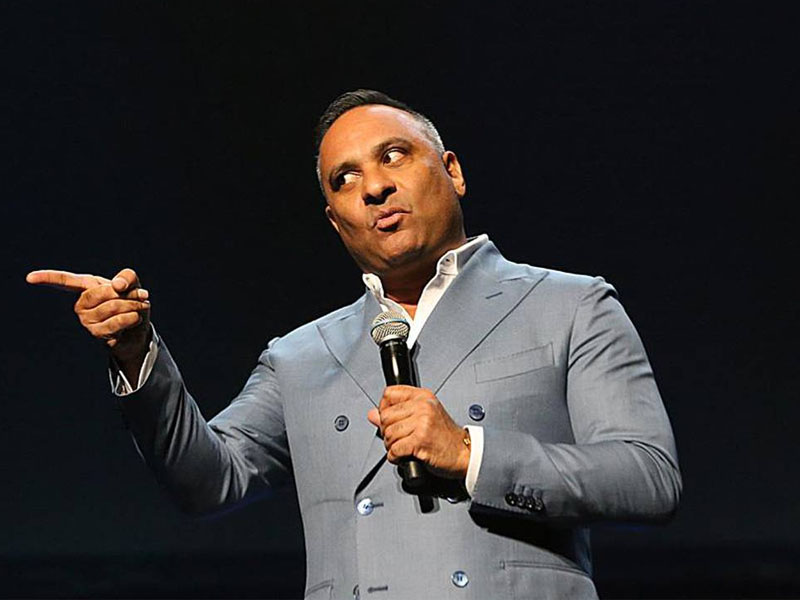 Canadian standup comedian Russell Peters has been touring the world for over two decades, sharing his hilarious anecdotes, impersonations, and stories about ethnicities and cultures. His British-Indian heritage has allowed him to experience different cultures growing up, providing him inspiration and content for his observational comedy style. He first emerged as a standup comic in 1989, performing in local comedy clubs in Toronto, Canada.

He was the first comedian to sell out the Toronto Air Canada Center, and he broke the record for most live comedy tickets sold in the U.K., 16,000 in a single show. He also set the record for most tickets sold for a comedy show in Australia and Singapore. In 2013, Peters became one of the highest-paid stand-up comedians in the world. Moreover, he was also the first comedian to receive a Netflix special. He won numerous awards, including an International Emmy Award, a Peabody Award, a Gemini Award, and two Canadian Comedy Awards.

Peters explained that the Act Your Age tour would have a different vibe compared to his previous tours. "It's a bit different from the rest of my shows. It's a little bit more mature … trying to reason with the immature me. I'm going to be 52 this year. So I'm not a young kid anymore who can get away with 'why do people do this.' Now, I have to take responsibility for why things are that the way they are,” Peters said during an interview.

Tickets are now available for Russell Peters' show at the NYCB Theatre at Westbury! Get yours now and experience the Act Your Age Tour!