The cigar smoking, scotch drinking Blue Collar comic is back! Professional funnyman Ron White is primed and ready to hit the road for some serious comedy with his brand new tour, so join the laugh-a-minute master of stand-up for an evening of utter hilarity at NYCB Theatre at Westbury on Saturday 10th March 2018! 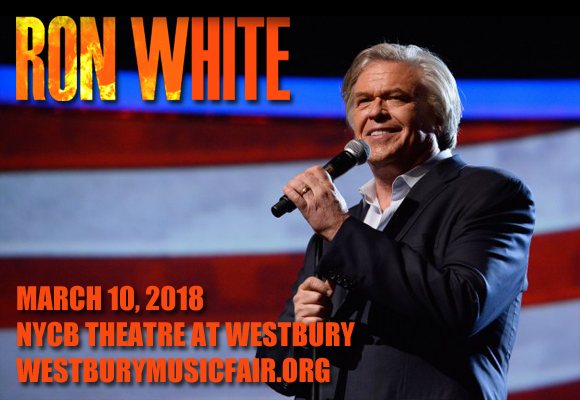 American stand-up comedian and actor Ron “Tater Salad” White is best known for his work as part of the Blue Collar Comedy Tour troupe alongside Jeff Foxworthy, Bill Engvall, and Larry the Cable Guy. His first venture with the troupe was a tour that ran from January 2000 through March 2003 and sold out across the United States in over 90 cities, grossing over $15 million. A Little Unprofessional, White’s 2013 comedy album, was nominated for Best Comedy Album at the 56th Annual Grammy Awards in January 2014. White’s 2006 book, I Had the Right to Remain Silent But I Didn’t Have the Ability, appeared on the New York Times best seller list.