Roger Hodgson has been tirelessly making music and is still touring the world.  Have your fill of his ‘Breakfast In America’ tour! This ex-Supertramp frontman is making a stopover and serving hot, fresh, and live music at the Westbury Music Fair here in New York, on the 2nd of November 2012.  Show starts at 8:00 pm. 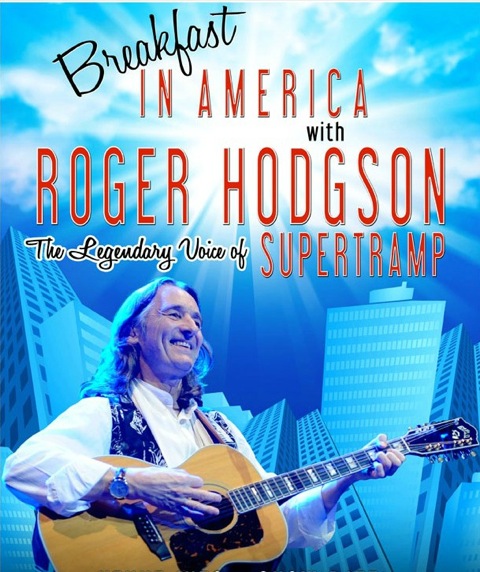 Roger Hodgson is considered one of the pillars of the progressive rock movement that started to flourish in the 70s.  Along with the band Supertramp, where he served as lead vocalist, guitarist, and songwriter, Roger Hodgson co-wrote some of the most influential songs to date. Their greatest hits catalogue includes “Give a Little Bit,” “The Logical Song,” “Dreamer,” “Take the Long Way Home,” “Breakfast in America,” “It’s Raining Again,” “School,” “Fools Overture” and so many others.   His songwriting style of introspective lyrics and soaring melodies became the soundtrack of many lives during that era.  With his departure from Supertramp in 1983,  Roger Hodgson forged on with a solo career by releasing successful solo albums and still continues to tour and fill concert stadiums all over the world.    As of last counting, his success with Supertramp and as a solo artist, amassed sales of over 60 million albums.

His unmistakable voice.  The hit songs that refuse to fade away.  Rodger Hodgson has got a throng of loyal fans who live and breath his music.  If you’re one of them, then this tour is four you.  Sing to your heart’s content!  Get your tickets now!