Experience the worlds’ most iconic band and get back to where you once belonged with Rain: A Tribute to The Beatles at Westbury NYCB Theatre, on Wednesday, April 12th, 2023. The all new musical a theatrical production is now on the road, performing songs from Abbey Road & the Rooftop Concert LIVE, in addition to all your favorites hits. This mind-blowing performance takes you back in time with the legendary foursome delivering a note-for-note theatrical event that is the next best thing to seeing the Beatles. Get your tickets, fish out your old rose-tinted sunnies and don't forget those bell-bottom jeans! 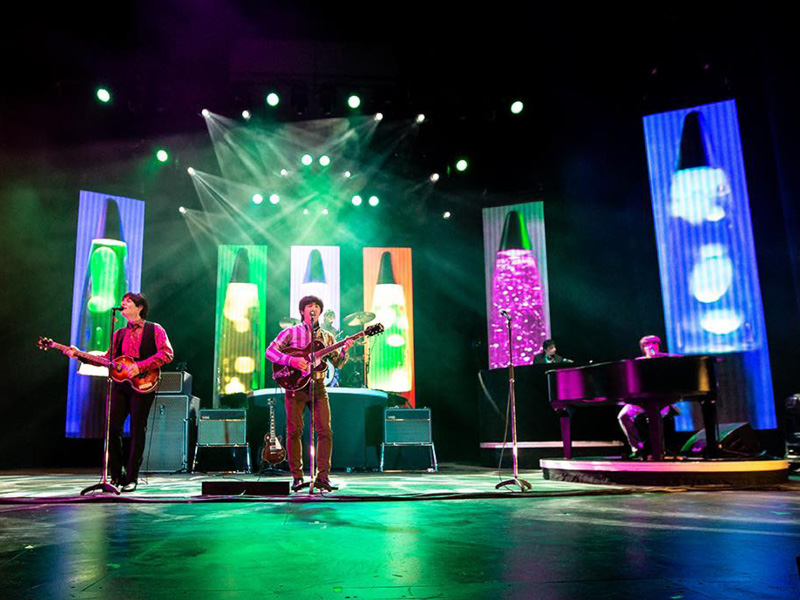 The band Rain or ‘Reign’, began in 1975 as a reference to the band’s name to the 1966 Beatles single "Rain," the B-side of "Paperback Writer". The band performed mainly original music and Beatles covers on the road, until 2001, when the Rain Corporation took over managing the band.

In 2005, the management developed the show into a Broadway-style production, reminiscent of the 1977's Beatlemania. Close to 30 songs are performed in the show, depicting a rough chronological history of The Beatles and their music. There is minimal dialogue during the production, other than some onstage banter. The show choreographs mainly renditions of many of the Beatles' original music. Four actors open the show, portraying early versions of The Beatles' performing in Liverpool, at the Cavern Club in 1962. This scene closes, and The Beatles are then journeying to America, to take up their beginnings at The Ed Sullivan Show. As the production progresses, The Beatles' performances and music are seen to change, in line with the band popularity, peaking with their concert in New York City's Shea Stadium, their largest. Hallucinatory and psychedelic scenes then engulf the stage, representing their increasing use and experimentation with substances and Eastern philosophies. The show culminates with the breakup of the group towards the end of the 1960s.