A rare and exciting opportunity comes to NYCB Theatre at Westbury on Sunday 29th October 2017 as former wife of the King himself, Priscilla Presley, holds an open conversation, in which she will share stories and answer audience questions! Be prepare for surprise, intrigue and entertainment and she offers a glimpse into her fascinating life with Elvis! 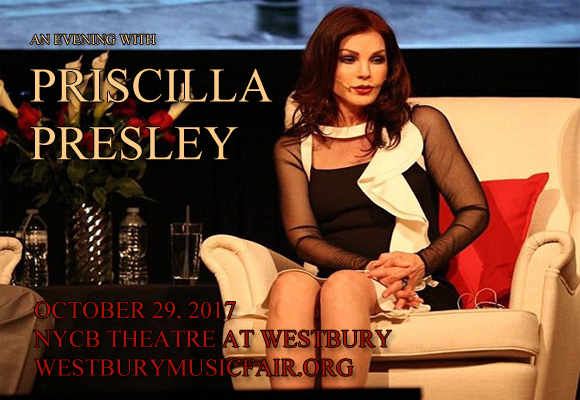 Best known as the former wife of the late Elvis Presley, American actress and business magnate Priscilla Presley is the co-founder and former chairwoman of Elvis Presley Enterprises (EPE), the company responsible for turning Graceland into one of the United States’ top tourist attractions. As an actress she notably starred alongside Leslie Nielsen in The Naked Gun: From the Files of Police Squad!, The Naked Gun 2½: The Smell of Fear (1991) and Naked Gun 33⅓: The Final Insult (1994), and she played Jenna Wade on the long-running television series Dallas.