It's the smash hit multimedia laser and light show, the Pink Floyd Laser Spectacular at NYCB Theatre at Westbury on Friday, December 3rd, 2021, featuring the Original Master Recordings of Pink Floyd. Buy your tickets now and get carried away on a mind-expanding journey, driven by cutting-edge effects, high-powered lasers, and large screen video projection; all choreographed to the masterful soundtrack of Pink Floyd, this is a must-see classic for Floyd fans of all ages and has become a cult classic, presenting the music of Pink Floyd, as you’ve never seen before. 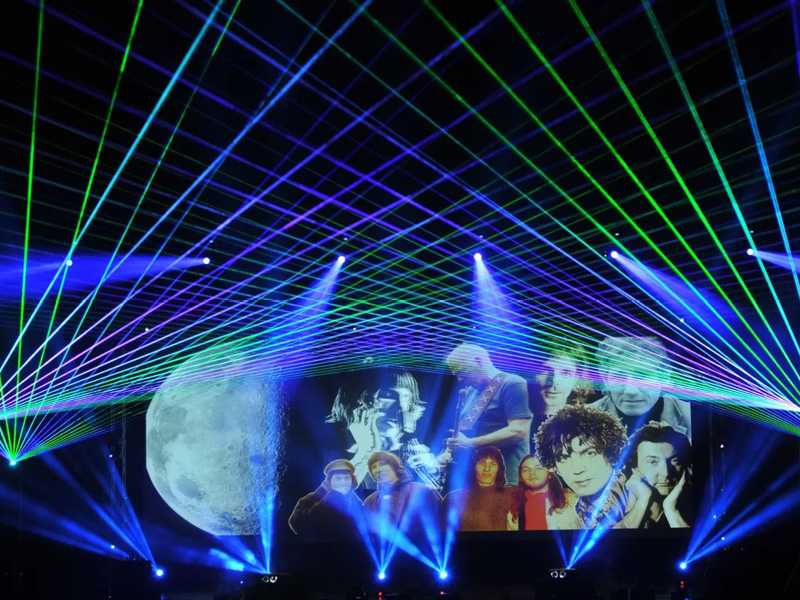 Surrounded by walls of concert quality sound, Laser Spectacular carries listeners away on a mind-expanding journey driven by cutting-edge effects, high-powered lasers, hi-def., large screen video projection, and special lighting effects. Your senses are confronted with an array of visual displays, choreographed to the soundtrack, during this spectacular Laser Light Show. The first half of the show is viewed through 3-D glasses, featuring, the mesmerizing, Dark Side of the Moon. The second half of the show is viewed through mind-blowing, psychedelic, prism glasses and will rock to Pink Floyd's legendary, The Wall. The whole show will remind the older crowd of an earlier time in their lives, when psychedelic rock was in vogue.

The Laser Spectacular was produced for the very first time in San Antonio, Texas, in 1986 and has been on tour all over the world since then, now in its 35th year! Producer Steve Monistere managed to turn the show into a worldwide, must see event!
“Pink Floyd’s music is very dramatic and visual,” says Paramount’s producer Steve Monistere. “You can imagine images when you listen to Pink Floyd’s music. Without any lighting effects at all, there is still a show in your mind. Now imagine using lasers, lighting, video and other special effects to interpret what your mind is ‘seeing’, and that is why people love this show so much. It touches on all of their senses, lasers are like no other light source,” says Monistere. “They are as brilliant as the sun, and the colors have to be seen to believe!”