You had their posters on your walls, now experience the pop party vibes of the turn of the millennium with 98 Degrees' My2K Tour! Joined by O-Town, Ryan Cabrera & Dream, the foursome head to NYCB Theatre at Westbury on Thursday 11th August 2016 for a night of epic choreography, stunning harmonies and wall-to-wall hits! Don't miss the chance to party like it's 1999! 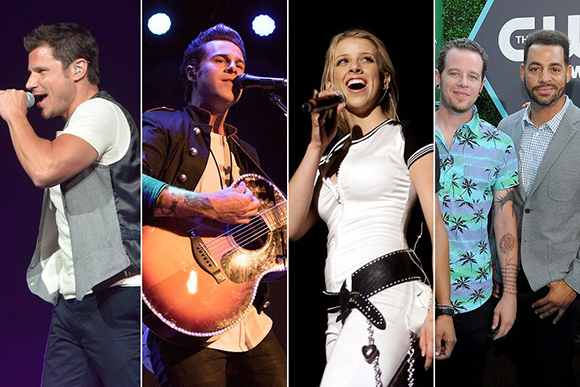 98 Degrees is an American pop and R&B boy band formed of four members from Ohio: brothers Nick and Drew Lachey, Justin Jeffre, and Jeff Timmons. Having quit university to pursue a career in singing, Timmons formed the band in Los Angeles, California, where they all worked odd jobs and honed their craft before landing a record deal with Motown Records. Their debut album was released in 1997, but it wasn't until the release of their second album, 98° and Rising (released through Universal Records), that the band became a mainstream success. The album went 4x platinum, and was responsible for the hit singles “Because of You,” “I Do” and “The Hardest Thing.” The band reunited in 2012, having gone on hiatus in 2003, and released an album, 2.0, in May 2013. The band has sold over 10 million records worldwide and achieved eight top 40 singles in the U.S.