It's a triple outing for the English rock band Moody Blues, for the third night in a row they are performing live at the NYCB Theatre at Westbury on Friday 9th May. The 60's band are innovators of rock music, infusing a mix of classical music into their songs. It's going to be a blast from the past, expect to hear the biggest Moody blues hits and more, grab your tickets now! 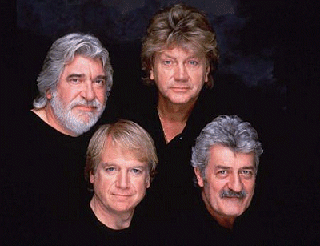 For over thirty years, The Moody Blues have been consistent musical performers on concert stages, recordings and the airwaves.

They have generated over 55 million album sales worldwide and have won various awards including the NARM Number One World Group Award 1972, The Playboy Vocal Group of the Year Award, the Golden Ticket Award for the sale of 100,000 tickets at Madison Square Garden, as well as ASCAP and Performance Awards.

The Moody Blues began their first concert tour of the USA in October of that year and quickly developed a devoted and fanatical following there, which endures to this day.