Mike Birbiglia, American comedian, writer, actor and director is coming to NYCB Theatre at Westbury on Thursday 27th February 2014. His clever straight-faced humor is critically acclaimed and has gained him mainstream success in the industry. Combining stand-up, monologues, comedy and confessions, Mike's live shoe is set to be fantastic. You don' want to miss this! Get your tickets now! 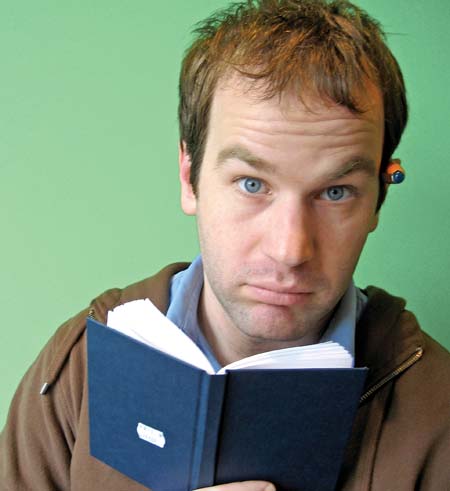 Birbiglia was born is Masschusetts and has always wanted to become a comedian, having seen Steven Wright live at the age of 16. Mike took part in an improvisation group in college, which saw the birth of his comic skills. Today, Mike gets his inspiration from the likes of Woody Allen and Richard Pryor with his multi-talented wit gaining him a huge fan base. He has starred in three Comedy Central specials and has three hugely successful albums with Comedy Central Records under his belt. 'My Secret Public Journal Life' was named one of the best comedy albums of the decade in 2007 and 'Sleepwalk With Me Live' reached number 1 on the Billboard Magazine Comedy Charts. Nothing more can be said, this man is a comedy genius and you need to get tickets right now! Don't miss out!