Some enchanted evening awaits in New York…On the 22nd of December 2012, Linda Eder will fill the night with music the Westbury Music Fair.  The music hall will resonate with her towering and powerful songs that put her name in neon lights as a broadway musical-theatre actress.  Linda Eder will strike every emotional chord in your heart and make this a night to remember. 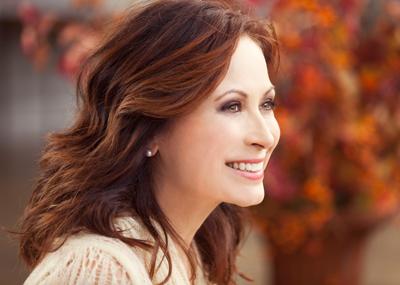 Linda Eder was born to sing, and she took her baby steps then blossomed into a full blown performer, onstage. Starting out as a chanteuse in nightclubs, hotel lounges, and casinos, she belted her way up, and took the Star Search champion crown.  From there, she was discovered by Angel Records and Frank Wildhorn, which paved the way for her to tackle on a musical theatre role in  Svengali.  Her big break came in the 2007 Broadway production of  Jekyll & Hyde, where she played and received the following recognitions:   1997 Drama Desk and Outer Critics Circle Nominations, as well as the Theatre World Award for Best Actress in a Musical.  Alongside, she has ventured in recording and has released over a dozen albums to date.

The voice, the music, the peformance, the energy, and the emotion…Linda Eder has got it all!  Feed your soul and ignite your passion for music.  Get your tickets!