The multi-talented singer-songwriter, musician and actor John Legend continues his sellout tour "ALL OF ME" to NYCB Theatre at Westbury on Thursday 15th May. This unique tour will feature a string quartet which promises "an intimate and acoustic setting". The new tour tour supports the R&B singer's fourth studio album, Love in the Future. Tickets are online now, don't miss one of the biggest tours of the year! 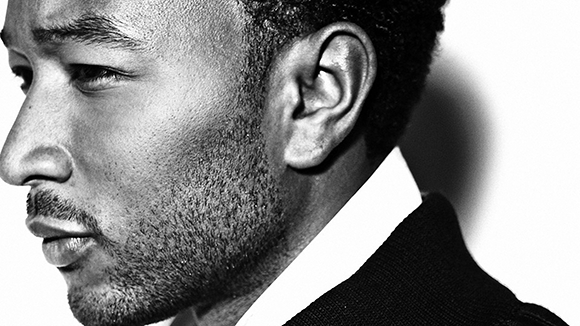 In 2004 John Legend released his debut album to the world named "Get Lifted". The album which was produced by Kanye West, Dave Tozer, and will.i.am was an international success and was certified gold selling 540,300 copies in the United States alone. Critically acclaimed, it won the 2006 Grammy Award for Best R&B Album, and earned Legend another two awards for Best New Artist and Best Male R&B Vocal Performance.

After the success of his first album John Legend collaborated with many popular artists that include; Fort Minor, Sérgio Mendes, Jay-Z, Mary J. Blige, The Black Eyed Peas, Stephen Colbert, Rich Boy, MSTRKRFT, Chemistry, and Fergie. Cementing himself as a leading star in the music industry, John went on to release his second album in 2006 "Once Again", this was partly produced and written by himself. Another huge success the album featured dance pop-influenced uptempo single "Green Light" which featured rapper Andre 3000 of OutKast and became his highest-charting single since "Ordinary People".

John Legend is also known for his charity work raising awareness for families in St. Bernard Parish who were affected by Hurricane Katrina. In 2007 he also took part in the Live Earth concert in London.