Folk icon, activist and beloved musician Joan Baez comes to NYCB Theater at Westbury on Wednesday 12th October 2016 for an intimate night of candid songs that touch the heart and soul! Her voice as strong and beautiful as ever, Baez stands the test of time as a singer, songwriter and guitarist, and powerful performer! Don’t miss your chance to see this legend live! 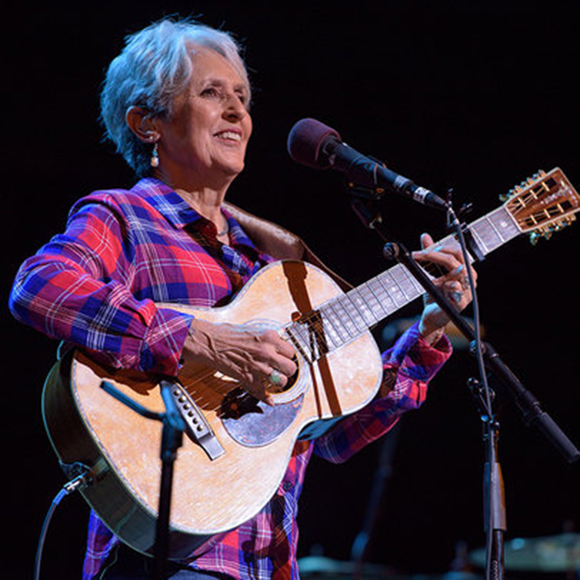 Joan Baez began her recording career in 1960, achieving immediate success with her first three albums, Joan Baez, Joan Baez, Vol. 2, and Joan Baez in Concert, which all achieved gold record status and stayed on the Billboard and other record album charts for two years. Baez has performed publicly for over 55 years, releasing over 30 albums. She performed three songs at the 1969 Woodstock Festival and has displayed a lifelong commitment to political and social activism in the fields of nonviolence, civil rights, human rights and the environment.