New York City is the place to be this October 14 for some great Salsa music, as the Latin superstar Gilberto Santa Rosa graces the NYCB Theatre at Westbury with his musical elegance and style. The 60-year-old singer, known as "The Gentleman of Salsa," will bring his "Caminalo Tour" to New York City's prominent venue and offer his loyal fans a concert experience they will never forget. The multi-Grammy award-winning singer will entertain spectators with the fusion of his classic salsa songs and progressive jazz-flavored tunes that will surely warm up New York City's cool fall breeze. Sing along to Santa Rosa's timeless hits, including "Autentico," "Viceversa," "Directo Al Corazon," and many others. If you want to groove with some salsa music and be amazed by the powerful vocals of Santa Rosa, don't miss this chance to see him live. Get your tickets now by clicking the "Get Tickets" button. 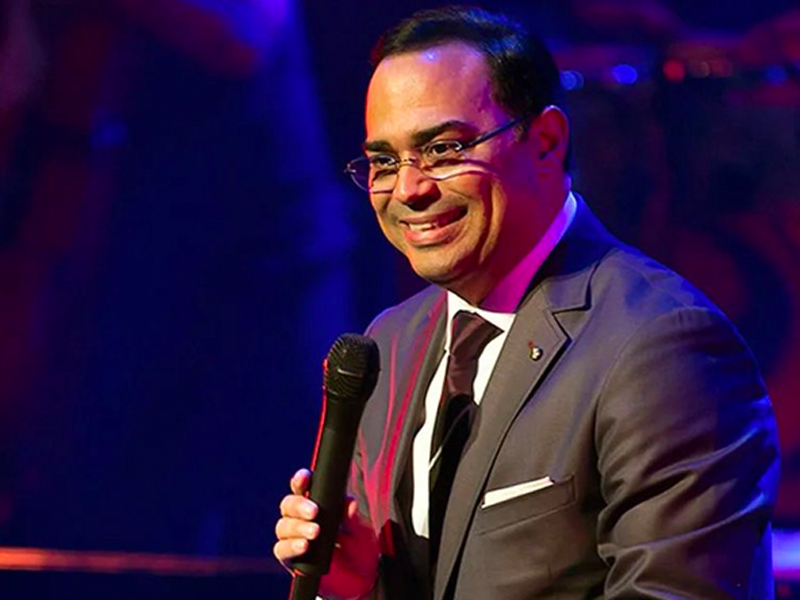 "El Caballero de la Salsa" (The Gentleman of Salsa) Gilberto Santa Rosa is known for his unpredictable approach to creating salsa and bolero music. The sonero, who has always been traditional in his music, never stopped standing out for his uniqueness. His rise to the top began in the 1980s and increased in the subsequent decades. His solo recording career started in 1986, and his first album was called "Good Vibrations." From the beginning, people have noticed the stylistic changes in each of his songs. This approach continued on to his following albums. In his career, he has received many achievements because of his brilliance. His most critically acclaimed albums are Perspectiva (1991), Esencia (1996), Expresión (1999), and Auténtico (2004). On the other hand, his bestselling albums are A Dos Tiempos de un Tiempo (1992), De Cara al Viento (1994), Viceversa (2002), and Directo al Corazón (2006). In 2010, he had the historical record of having the most Number One singles in Billboard Tropical Albums. For his contributions, he was awarded the ASCAP Latin Heritage Award in 2002 and, recently, the Latin Grammy Lifetime Achievement Award.

In his tour this year, dubbed as "Caminalo Tour," one of his stops will be at the NYCB Theatre at Westbury in Jericho, New York, on Friday, October 14. Tickets are now available. Get yours now!