A true musical tour-de-force, octogenarian “King of Romance” Engelbert Humperdinck’s legend continues as he celebrates half a century in the music industry on his 50th Anniversary Tour! The “Please Release Me” singer will be performing all your favorite hits from his glittering career when he comes to NYCB Theatre at Westbury on Saturday 9th September 2017, so don’t miss your opportunity to see this iconic crooner live! 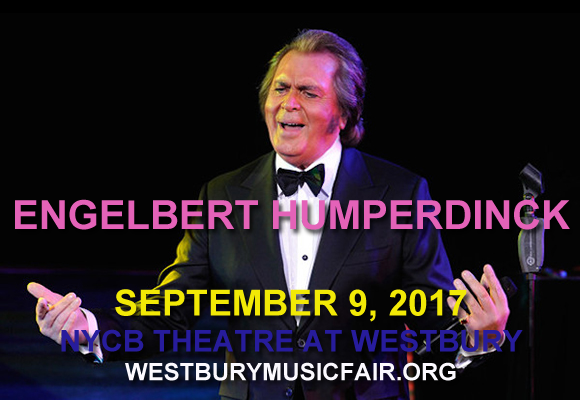 Best known for his UK number-one hits “Release Me” and “The Last Waltz,” beloved veteran singer Engelbert Humperdinck has sold over 140 million records worldwide during his extensive career, earning 64 gold and 35 platinum albums, four Grammy Award nominations, a Golden Globe, and his own star on Hollywood’s Walk of Fame. The iconic hit-maker has amassed a huge fan base throughout his career, and his longevity in the industry is proof that he is one of most cherished entertainers of all time!