Are you ready?! He’s nearly here!… Dion Dimucci is taking over the NYCB Theatre at Westbury for one night only! The very man will be rocking up the stage from 8:00pm on Friday the 16th of August 2013! 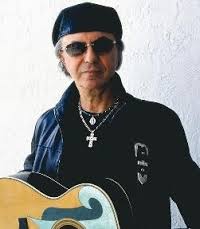 The King of New York Streets, donned by music critics as the only first generation rock and roll artist to keep his creativity and relevance throughout the decades, Dion is a true legend! His career started out in 1957 when he signed with Mohawk Records and released the single ‘The Chosen Few’. By 1958, he already had achieved three top forty hits. His solo career brought upon his fanbase some huge hits including ”Runaround Sue’, The Wanderer’, ‘Ruby Baby’ and ‘Drip Drop’. He was inducted into the Rock and Roll Hall of Fame in 1989. His most recent album ‘Tank Full of Blues’ hit number three on the Billboard Top Blues Albums. Dion has been able to share the stage with stars such as Bruce Springsteen, Bob Dylan and Lou Reed who have designated his album ‘Bronx Blues’ as one of the major influences of each of their careers. Kenny Vance and The Planotones are set to support Dion on this once in a lifetime performance.

Get your rocking body ready! Tickets are on sale now!