Back by popular demand is the comedy play Defending The Caveman. written by American actor and comedian Rob Becker. This extremely funny show takes audiences on a journey exploring the differences and misunderstanding between men and woman. More laughter than you can handle! Coming to NYCB Theatre at Westbury on Saturday 12th April. 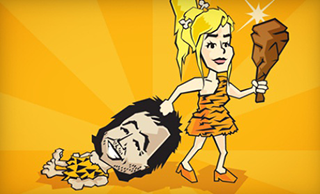 Rob Becker's Defending The Caveman play was a smash hit! The show was praised for it's funny outlook on the relationships and misunderstandings between Men and Woman. A blend of stand-up comedy, lecture, and therapy session, it attempts to resolve the war between the sexes. The play manages to stand up for the male viewpoint, while still being sympathetic to the female side of issues as well. Becker describes the play as a vehicle for showing that "men have emotions, but they express them differently.