Deep Purple are one the most influential rock bands in the world, the English rock band are now touring across the U.S which is the biggest in recent years. The pioneering band known or their symphonic rock sounds, incredible live shows and have sold over 100 million albums worldwide. For a night of adrenaline filled music head down to the NYCB Theatre at Westbury on Tuesday 26th August, and get your tickets now! 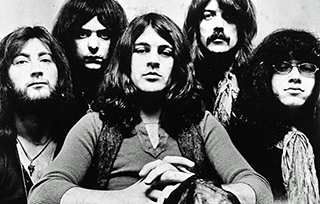 Iconic rock band Deep Purple have been rocking out the symphonic ballads for over 4 decades! Incredible live performances that date back to the 70's, and some of the most recognizable songs around! The insane vocals from songs like Child in time and Smoke on the Water, pairing up with unforgettable guitar riffs. The bands ability to modernize their music to the modern audience secures them as a mainstay, for many though, the classics will never be forgotten, this years live show expect to hear music from their latest album releases as well as the classics everyone knows. it's going to be huge, Tickets available now!