Want to spend a romantic evening watching a power couple get intimate as they play sweet beautiful music together? Certified 'hitman', record-producer and songwriter to the biggest and brightest pop superstars, David Foster and Award-winning writer/producer singer/actress Katharine McPhee will be together on stage for a delightful evening of romance and song. Indeed, this real-life husband and wife team are on tour and making their way up the stage of the NYCB Theatre at Westbury on Saturday 18th April 2020 for a concert dubbed as "An Intimate Evening with David Foster – Hitman Tour". Be part of this 'honeymoon' where music and love will fill the halls and fill your heart with overwhelming joy. It's a date! Book those tickets now! 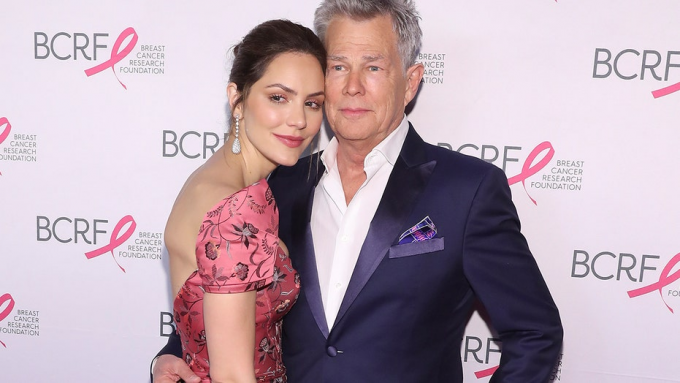 The name David Foster is behind almost every phenomenal pop superstar one can think of. Tagged with the moniker 'hitman', David Foster spawned a colossal magnitude of hit songs for over four decades, in the capacity of either songwriter and /or record producer. Foster has won 16 Grammy Awards from 47 nominations, and more recently he has served as judge and mentor in various TV top-rating singing and talent competitions like Asia's Got Talent and American Idol.

In one of Foster's stint as a mentor in American Idol, he met crowd-favorite contestant Katherine McPhee, who finished a runner-up on the fifth season of American Idol. McPhee became a star in her own right — releasing chart-topping and best-selling singles and albums, and later on established her own acting career.

Their stars may have been destined to shine together. Davide Foster and Katherine McPhee got married in June 2019. And what better way to have an extended celebration of their union than having an intimate show where the couple would play beautiful music together?

“I’m thrilled to be announcing a 2020 US tour and to be coming to cities I have never been to before. This intimate show allows me to tell my story of my experience in the music business for the last 40 years. I bring along some of the greatest voices in the world, including the incredibly talented Katharine McPhee," says David Foster.

“David has been part of my career since the beginning,” says McPhee-Foster. “I’m extremely proud to be featured on this tour and to sing some of the incredible songs he has written and produced. His live shows are thrilling so I’m really looking forward to it!”

This concert is truly one for the books. A must-see for any true-blue music fan. Book your tickets now!