After almost 20 years, world renowed Irish clan, Clannad will be landing on American soil, and will be on the road touring different states. They’re marking another milestone in their illustrious career for this much-awaited tour will bring them in New York, for a mystical and magical music performance of their well-loved music that never fail to give you goosebumps! Catch this rare performance of Clannad at the Westbury Music Fair on the 5th of October 2012. Show starts at 8:00 pm. 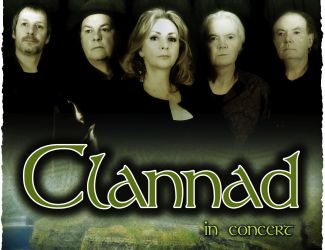 Think tradional Irish music. Think Celtic and New Age with a fusion of folk, pop, rock, and everything in between. Only Clannad has made such an impactful and remarkable music imprint in the hearts and minds of New Age music lovers. They gave a unique voice to traditional Irish music.

Clannad is composed of the Brennan family siblings plus two uncles who pursued and embarked on this rather unique musical journey, which started out in a small Irish pub, then blossomed into a epic career in music. Moya Brennan, says: “We were always a band that didn’t go with the trend,” she said. “We were always our own boss….”   Clannad is carrying a long legacy of albums which kick-started with the 1992 release of “Theme from Harry’s Game”.  From then on, there was no looking back.  They’ve recorded songs in six different languages, but mostly Irish; and they earned awards from most notable music award giving bodies like The Grammys, BAFTA, Ivor Novello, and Billboard Music Awards.  To date, they raked-in over  15 million records sold.

This concert will go to the annals of music history.  Make sure you’re part of it, you don’t wanna miss this one out!  Buy your tickets now!