High-pitched loudmouth and notorious funnyman Chris Tucker is back on the road with his world-renowned stand-up comedy tour! Coming to NYCB Theatre at Westbury on Saturday 30th September, this international comedy sensation will have you rolling in the aisles, so what are you waiting for…? Book your tickets now! 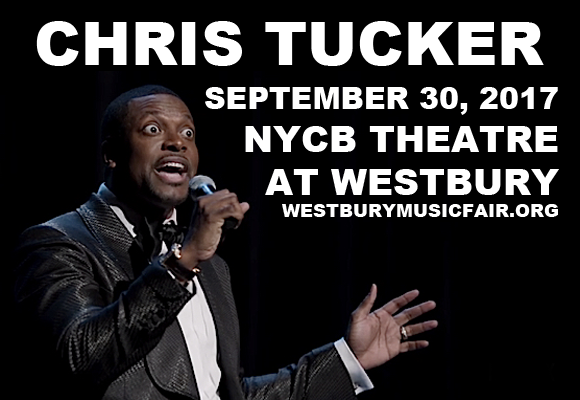 American actor and stand-up comedian Chris Tucker first became known as a performer on Def Comedy Jam in the early 1990s. After making his cinematic debut with House Party 3 (1994), Tucker went on to co-star with Ice Cube in the cult stoner-buddy movie Friday one year later. His next cinematic successes were Money Talks and Fifth Element, both in 1997, and in 1998 Tucker starred alongside Jackie Chan in the martial arts action comedy Rush Hour – the first of three Rush Hour films. After several years of working in film, Tucker returned to stand-up comedy in 2011, and recorded a Netflix comedy special in 2015 in his hometown of Atlanta, GA.