This year marks the 50th anniversary of the legendary psychedelic bands – Jefferson Airplane and Grateful Dead! With this comes a celebratory concert with performances from tribute acts Jefferson Starship and Jazz Is Dead. And not forgetting very special guests Quicksilver (original member and founder of Jefferson Airplane!)
Don't miss out on this once in a lifetime opportunity to see all of the classic songs performed LIVE in this memorable concert! Catch it all at NYCB Theatre at Westbury on Thursday 5th November 2015… 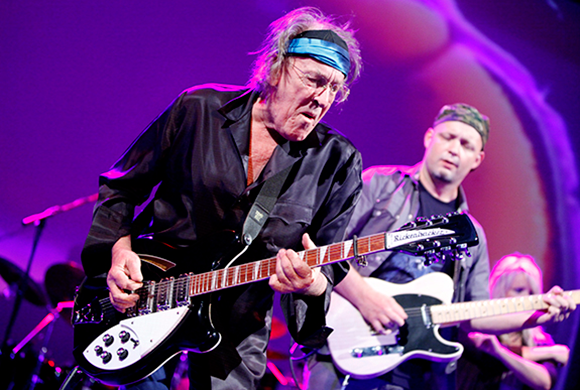 Jefferson Starship: The Rock and Roll Hall of Fame-inducted spin off of Jefferson Airplane, this act re-creates the unmistakable folk psychedelia sound and punchy riffs in homage to the original. Expect nothing but all of the classics ranging from “Somebody to Love” and “White Rabbit” to “Jane” and “Miracles.”

Jazz Is Dead: are a Grateful Dead cover band with a twist, covering songs with a Jazz twist. Tracks such as "Uncle John’s Band", "Truckin” and “Sugar Magnolia” are completely transformed into instrumental soothing arrangements.

Quicksilver Messenger Service: are a psychedelic rock act originating from San Francisco who helped to establish the genre while also fusing elements of folk, jazz, and classical music into their unique sound. Known best for their hit single "Fresh Air", from the album Just For Love which reached #49 in 1970.