If you are craving for a family-friendly entertainment and light-hearted, decent show that gets you choking with mirth, then this is for you! Brian Regan is the only one who’s able to cater the most hilarious stand-up material out of the most mundane situations. You’ve enjoyed watching him on your telly? Wait ‘til you see him LIVE! Catch Brian Regan at the Westbury Music Fair in New York on 25th of October 2013 at 8:00 PM. 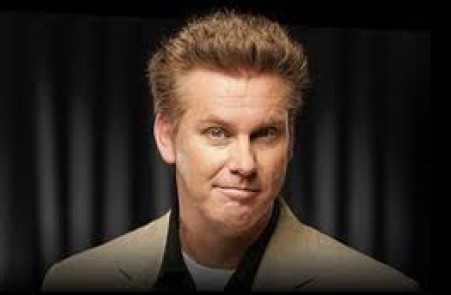 Brian started making his name as a stand-up comedian in the early 19080’s and became a celebrity of the New York scene after winning K-Rock Radio’s contest for “Funniest Person in New York”. He is recognized for his observational, self-deprecating but clean material that often revolves around everyday happenings such as going to the eye doctor or ordering phone service. Brian’s known to always pack every venue of his live shows which just proved the fact that he really is one of the best comedians up to this day. He has appeared and starred in various television shows, the latest being in one episode of the Comedians in Cars getting Coffee as himself in 2012.  He earned the American Comedy Award for Best Club Comic in 1995 and owned it again in 1996. His pure storytelling ingenuity sets him apart from all the other comedians. Brian’s creative comic material is sure to bring you on your knees. Without being vulgar or rude, he can deliver irresistibly laughable tales.

Bring the whole family in this one hilarious evening. Get your tickets and be ready to see the faces of your love ones light up with joy.