The master crooners are back on the road again to pull your heart strings with their silky smooth harmonies. BOYZ II MEN never fail to elicit shrills and thrills from their loyal fans who have discovered them some three decades ago when they were still boys, and continue to follow their musical career journeys as men. Catch Boyz II Men live on tour, to rekindle nostalgic connections or simply feel good…You deserve such a treat! Get your tickets now! 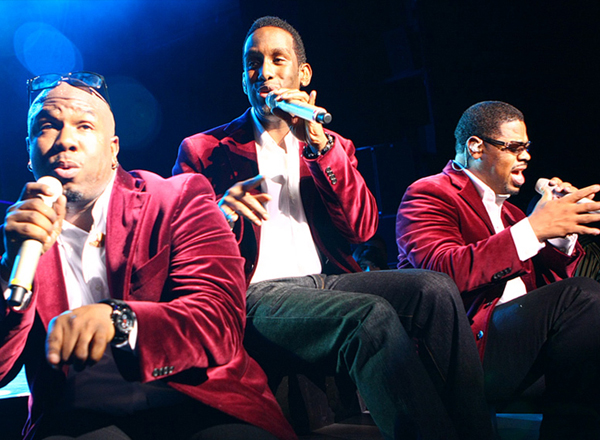 Boyz II Men are considered masters of emotional ballads sung in a cappella vocal harmonic style. For over three decades, their greatest hits still soar and remain high on AC radio rotations and playlists. "End of the Road," "It's So Hard to Say Goodbye to Yesterday," "I'll Make Love to You," "On Bended Knee," "Water Runs Dry," "4 Seasons of Loneliness," "I Will Get There," and "Thank You in Advance", are just some of the many hits that have made people weak in the knees and fall in the throes of love and passion. As of last count, one of their biggest hits "One Sweet Day", still hold on-tight to their all-time record of sixteen weeks at the top of the Hot 100. Boyz II Men also belong to the elite circle of a group of artists that have held the number-one spot for at least 50 weeks cumulatively, placing them just fourth on that list behind Elvis Presley, The Beatles, and Mariah Carey. Boyz II Men are a trio composed of baritone Nathan Morris alongside tenors Wanya Morris and Shawn Stockman.