For over a decade Anthony Hamilton has created an unmistakeable sound in the world of R&B. Boasting a set of vocals that separate from the mainstream yet appeals to the masses. Now for his latest tour which is arriving at the Perfectly located NYCB Theatre at Westbury on July 16th, will incorporate music from his latest album Back to Love, with special guest Keke Wyatt joining him on stage. Don't miss out on tone of the most celebrated artists in R&B, get your tickets now! 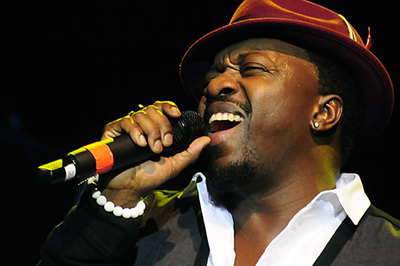 Anthony Hamilton is an American R&B artist, singer-songwriter. Originally form Carolina he rose to fame with the release of his second studio album Comin' from Where I'm From, featuring "Comin' from Where I'm From" and the follow-up "Charlene".
Also well known for his recent contribution on the soundtrack of the movie Django, which included the song "Freedom", sung as a duo with indie soul singer Elayna Boynton. He has been nominated for various awards including Grammy awards for Best Male R&B artist and Best Male R&B Artist.

Don't miss the hottest R&B singer for his biggest tour ever! Tickets are available now!