Always a hit, year-upon-year, Long Island favorites Air Supply will be coming to NYCB Theatre at Westbury on Saturday 11th August, 2018 for an intimate night of hits and harmonies! The “All Out of Love” Aussie duo will be performing soft-rock classics from their four decade career at this highly entertaining show! 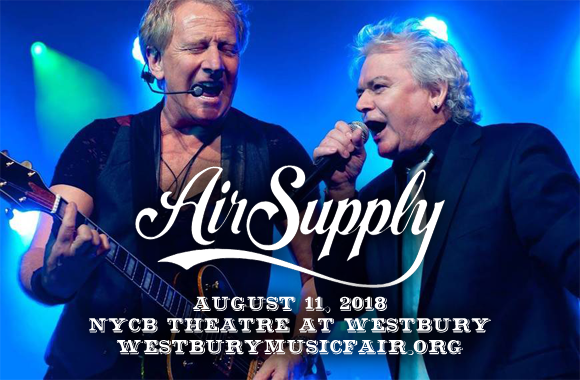 Best known for their 1980 hit single “All Out of Love”, Australian soft rock duo Air Supply had a steady stream of hits throughout the 1980s, including eight Top Ten US singles. The band was formed in 1975 and consists of singer-songwriter and guitarist Graham Russell and lead vocalist Russell Hitchcock, who have been joined by numerous singers and musicians over the years. At the 2013 annual ARIA Awards, Air Supply was inducted into the ARIA ( Australian Recording Industry Association) Hall of Fame.