Celebrating the 20th anniversary of their debut album this year, unstoppable boy band 98 Degrees are back with their second Christmas album, and it’s going to get you in the holiday spirit!

“We have primarily a female audience, but we’ll have guys come up to us and say, ‘You know what? I love the Christmas album; my mom bought it for me,'” Timmons said, adding with a laugh, “It’s bro code that the Christmas album’s allowed.”

Catch them at NYCB Theatre at Westbury on Sunday 26th November 2017, for all the festive classics and some original hits too! 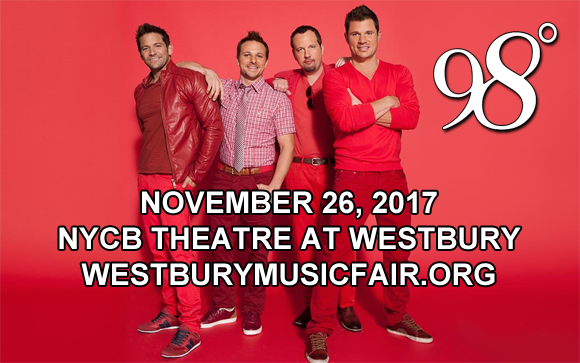